We offer unique places suitable for your comfort 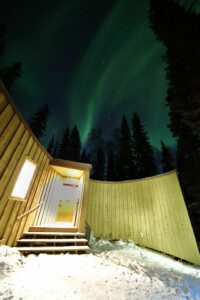 Can someone explain to me how the Aurora Borealis works like I’m a 2nd grader?

Sure! The northern lights, or aurora borealis, is a natural light show in the sky that happens in the northern part of the world. It is caused by charged particles coming off of the sun that come crashing into the Earth’s atmosphere that release energy in the form of colorful light when they collide.

The Northern lights are most often seen in the polar regions, around the Arctic and Antarctic circles. This is because the charged particles from the sun have to travel through a lot of Earth’s atmosphere to reach these areas, which gives them a chance to collide with the gases in our atmosphere and create a beautiful light display.

4th graders read on…
The sun continually emits a stream of these charged electrical particles, called the solar wind, which is made up of mostly electrons and protons. When these particles reach the Earth’s magnetic field, they are funneled toward the magnetic poles. There they are drawn in and collide with gases in the Earth’s atmosphere, such as oxygen and nitrogen. These collisions cause the gases to emit light in different colors. The most common colors of the northern lights are green, pink, and violet, but they can also appear in shades of yellow, blue, and even red. 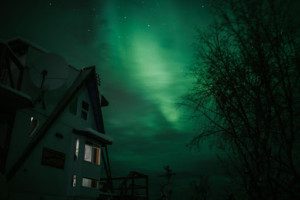 Aurora tips trips and hacks: Your guide to spotting the Northern Lights in Alaska

Known as a destination to chase the Aurora Borealis, Fairbanks has a nine-month season with ample opportunity to see the magical lights of our northern skies!

A typical Aurora Season runs from August 21st through April 21st, and we want to help set you up for success to see this natural wonder. Vibrant color flashing through the sky.

Banners of radiant hues waving to anyone or anything that may be fortunate enough to witness. Nature’s light show inviting us to come and see what it has to display here in Fairbanks.

Please enter your username or email address. You will receive a link to create a new password via email.

Compare
We use cookies on our website to give you the most relevant experience by remembering your preferences and repeat visits. By clicking “Accept All”, you consent to the use of ALL the cookies. However, you may visit "Cookie Settings" to provide a controlled consent.
Cookie SettingsAccept All
Manage consent

This website uses cookies to improve your experience while you navigate through the website. Out of these, the cookies that are categorized as necessary are stored on your browser as they are essential for the working of basic functionalities of the website. We also use third-party cookies that help us analyze and understand how you use this website. These cookies will be stored in your browser only with your consent. You also have the option to opt-out of these cookies. But opting out of some of these cookies may affect your browsing experience.
Necessary Always Enabled
Necessary cookies are absolutely essential for the website to function properly. These cookies ensure basic functionalities and security features of the website, anonymously.
Functional
Functional cookies help to perform certain functionalities like sharing the content of the website on social media platforms, collect feedbacks, and other third-party features.
Performance
Performance cookies are used to understand and analyze the key performance indexes of the website which helps in delivering a better user experience for the visitors.
Analytics
Analytical cookies are used to understand how visitors interact with the website. These cookies help provide information on metrics the number of visitors, bounce rate, traffic source, etc.
Advertisement
Advertisement cookies are used to provide visitors with relevant ads and marketing campaigns. These cookies track visitors across websites and collect information to provide customized ads.
Others
Other uncategorized cookies are those that are being analyzed and have not been classified into a category as yet.
SAVE & ACCEPT